How I Found Socially Distanced Shopping In Newcastle

I have reeeeeally missed going up to town for a look about the shops, meeting my mum for coffee and generally mooching about even if I didn’t need anything. I have just about survived with online ordering these last few months, but once I heard shops were opening this week I have been very much looking forward to going. There are some things that are just easier to get in person rather than online, and I had a bit of a list. Deciding to avoid the first couple of days, I ventured up today and this is how I found the socially distanced shopping in Newcastle.

Mixed, would be the very short answer. In some ways it was lovely, and so nice to have more space and a change of scenery from home, but in others it was a bit frustrating. I parked in the outdoor parking near Newcastle City Hall, which was really easy and there were loads of spaces. I paid on the app, which I always do but if you usually pay with change at the machines I would probably get the app instead for contactless payment. It’s PayByPhone and covers the vast majority of city centre parking.

My mum parked in the spiral multi story Eldon Square car park by John Lewis, but as John Lewis and the walkway into Eldon Square isn’t open yet she had to walk out the bottom and along the path through Haymarket to the top of Northumberland Street. She also said she had no trouble getting parked. At 10am it was very quiet.

As I turned onto Northumberland Street it was slightly busier, but not as busy as I think I’d been expecting after the images on the TV. There were people dotted about, but not loads, and there were no groups, or people hanging around like you usually get. Northumberland Street actually has markings to keep people walking on one side or the other, and markings outside of shops too. I didn’t expect this for an outside area but it was quite good. The only time it caused a bit of a problem is if you’re walking along one side and need a shop at the other, you have to cut across.

Again, despite images on the TV, Primark had no queue at all, the only one that did at that time was Sports Direct. I got straight into M&S food hall no problem. As they’ve been open due to their food halls, M&S were pretty well sorted, and there was a one way system in and out. You can now go up the escalators to browse the clothes, but the exit into Eldon Square is closed so you have to come back down to leave via the other side of the doors on Northumberland Street.

After M&S we went to Fenwick’s, which I had been so looking forward to. We went in the bottom entrance by the food hall, and there is a door man directing you to their fancy foot pump hand sanitiser station. I was so pleased to be back in Fenwick’s at first, browsing the much better card selection than in supermarkets, and the fancy perfumes that you can smell on a card if you ask a staff member.

I had been wanting to browse the make up, and this is where I noticed the first big change. Absolutely none of the make up or cosmetic counters have any displays out at all. They’re completely bare, which I was disappointed at as I love to look at all the colours to compare. I suppose they can’t risk that people wouldn’t touch, and it would be a nightmare to keep it all clean so I do understand and think it’s much safer, but I would have loved a proper mooch around Charlotte Tilbury.

So basically if you’re after make up, it’s still best to have an idea of what you want, so that you can ask a staff member to get it out for you to have a look at. I’ve no idea how they will do any sort of colour matching, I’m assuming they won’t, but yeah you probably need to know what you’re after before you ask or you could end up caught out. It would have been fine to ask the staff when I was there, as it was quiet, but I’m not sure how it will work when it gets busier I can imagine queues will build.

I didn’t notice it too much downstairs, but when I went upstairs to the clothes the one way system was a bit of a nightmare to navigate. Being such a big department store it was quite confusing as it’s not just up and down aisles, it takes a lot of time and concentration to make sure you’re getting it right following the arrows on the floor – which sounds easier said than done.

If you miss something you want it could take a while to get back round. Again I know it’s there for a reason and for safety, but I have to say I’ve found the supermarkets without a one way system a lot easier to maintain distance, and a more enjoyable experience.

You can exit Fenwick’s into Eldon Square, so I then walked up through there to the other end. A lot of shops are still closed, so it was a bit weird. It felt like when you go late night shopping, some places had shutters still down, and others didn’t. I’d say more were closed than open inside.

What you will find in every shop that is open are – staff members on the door to monitor the number of people, to tell you anything specific to their guidelines, posters and signs reminding you of the distance, and lots of sanitiser. Not all shops are one way, and it’s definitely easier to keep distance among the clothes rails when it’s not. It’s almost like old times in those shops. All the tills have a one way system, and almost everywhere has the glass screens to protect staff and shoppers alike.

The digital displays dotted around Eldon Square are all showing social distancing guidelines, or messages of thanks to the NHS and key workers which is really nice to see. At the bottom end the biggest queue by far was for Apple, but they often have queues outside anyway.

Heading towards the bottom exit of Eldon Square, you can’t get out past all the food places as they’re all closed, so you have to exit near George’s Great British Kitchen. Walking past the Grainger market I decided to go in for a look in there, and totally regretted it. There’s really not much open at all besides the butchers and fruit and veg, and the one way system up those massive aisles takes so much time.

Walking back up Northumberland Street it was getting a bit busier, and TK Max had a queue outside it (still none outside Primark at 11:30!), and so did the sports shops. It was still nowhere near as busy as normal and very easy to social distance.

So overall I would say, if you have specific things to go for then it’s worth it, but it isn’t something I’d do just for the fun of it at the moment like I would have in the past. Going early is definitely needed and it’s likely you’ll avoid all the queues at the moment by doing so. What takes the time are the one way systems in some of the bigger stores that are just annoying and not all that obvious. I found they just caused traffic jams and a lot more confusion.

The shop I loved was H&M, for twenty minutes as I browsed those rails it felt like normality again and I got some lovely things that I wouldn’t have looked at online. I even got a dress in case Kieran’s 30th party can go ahead in July.

I did take a mask with me in case any of the shops required people to wear them, but none of the ones I went to did. Some people were wearing them anyway, mainly older people but I’d say the majority weren’t. None of the cafes were open even for takeaway, so if you’re going to be there a while I’d suggest a flask of your own!

Overall I’m glad I went. I didn’t ever feel unsafe, there is sanitiser everywhere. I don’t think I’ll go too frequently over the next couple of weeks, but it’s good to know things are starting to open again if needed. A few places had signs in the window to say they’ll be open next week, so I think it will get busier.

I think the main thing is go early if you do go.

35 Things that will Happen In Newcastle when lockdown ends

How to throw a virtual hen do

Virtual travel and how I feel about travel in the future 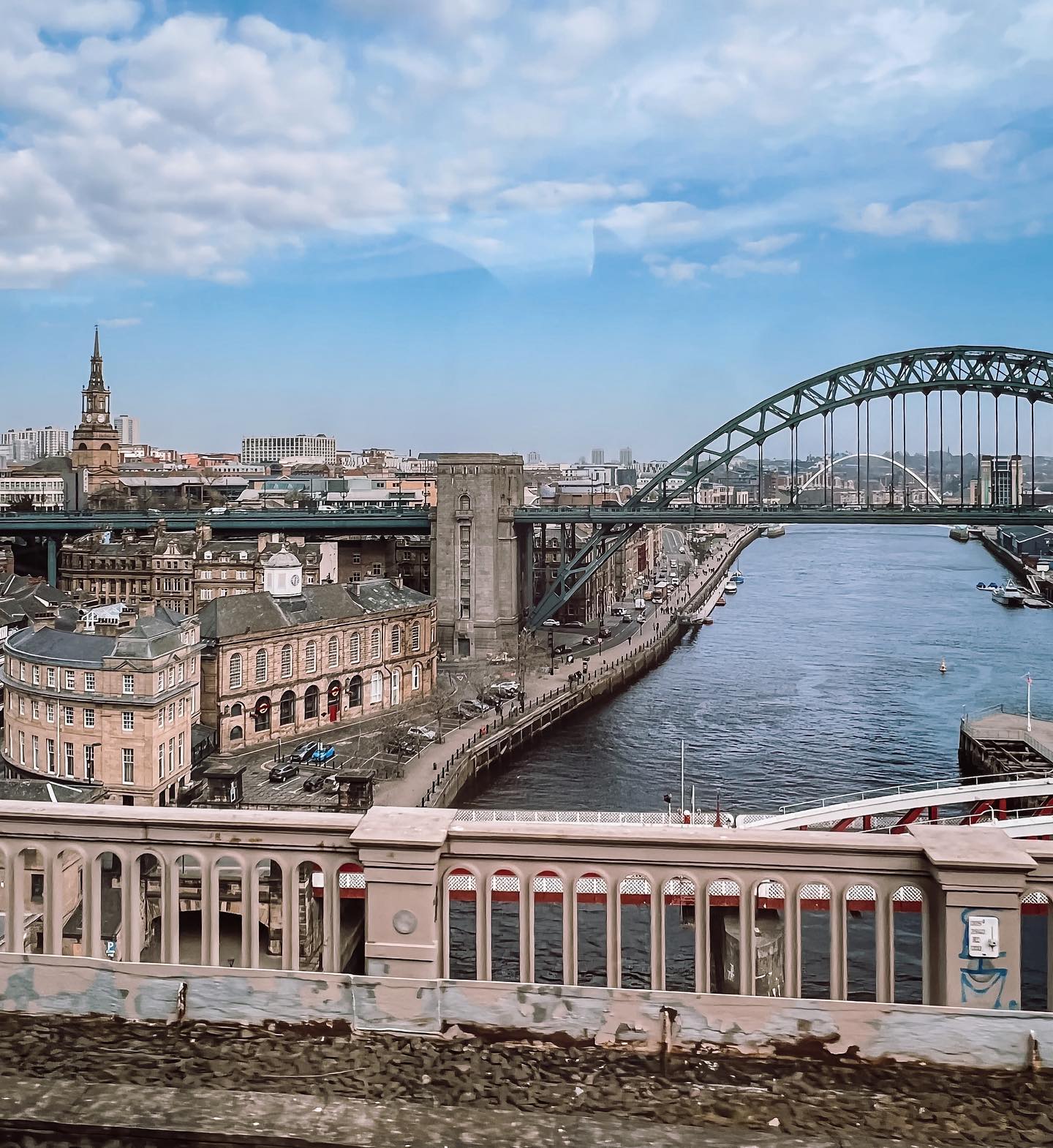